Delicious Candies are Often Toxic to Dogs at Halloween Time

Halloween is a wondrous time for both kids and adults. Candy is plentiful with decorations and costumes dotting the landscape. This time period, however, isn’t always a dog paradise. In fact, there are many hazards that abound. Halloween candy isn’t designed for dogs, but they’re tempted by the sweet tastes anyway. If the dog gets into the candy bowl this Halloween, there are steps that families can take. Be prepared now so that Fido can be treated as professionally as possible.

The family pet may enjoy sugars, such as eating a piece of apple, but Halloween candy isn’t made of natural sweeteners. Two ingredients that are highly toxic to dogs include cocoa powder and xylitol. Both of these substances are often found in chocolate and other sweet treats.

Elevated heart rates and seizures can be symptoms of eating too much of these particular ingredients. Be aware that they aren’t the only ingredients to look out for in standard, candy packages. Dogs can also be sensitive to other ingredients, including preservatives, so avoiding any candy consumption in Lakewood households is optimal.

If a family’s pet is notorious for snatching candy out of bowls, consider less toxic selections. Lemonheads, Jolly Ranchers and Blow Pops are a few of the candies that aren’t too toxic for dogs. These candies have fewer processed ingredients, which makes them easier to digest if eaten by the family dog.

Every dog daycare professional would advise families, however, that any candy eaten in large amounts is a danger. Their bodies cannot handle an overload of sugar. Paying attention to the pup when candy bowls are present is still a necessity.

Another aspect to candy-bowl shenanigans is the wrapper. Dogs won’t remove wrappers from the candy. They simply lap up the candy in one big gulp. A dog training professional will advise his or her clients that the wrappers by themselves can be toxic. In particular, foil can become lodged in the digestive system where it causes a lot of damage.

Pet families shouldn’t be too concerned if the dog only ate one or two candies from the safe list, such as Starburst. The wrappers may pass without any issues. Wrapped candy consumed in large quantities, however, can pose a serious threat.

Accidents can happen. If pet owners discover that their dog has gotten into the candy bowl, call the pet poison control in the area. Similar to dog training professionals, the poison experts know how to react in these situations.

They’ll ask about the type of candy and the consumed volume. Be ready with an accurate estimate of the pet’s weight too. In general, large dogs are more resistant to candy’s toxins compared to small breeds. The experts will walk the pet owners through the proper steps toward a healthy outcome.

Take the advice of most kennel professionals and schedule a trip to the veterinarian. Regardless of the situation’s severity, a thorough checkup is a good idea for any pooch.

It’s a fact that some effects of the candy will arise several hours after the consumption. In some cases, days pass by and symptoms occur. Be precise about which candy was involved and the dog’s reaction since that activity. These facts will help a Lakewood vet with the recovery process.

A Golden household may have a situation where the dog definitely ate some candies, but it’s not showing any ill symptoms. After contacting poison control, watch the pet for any symptoms. Vomiting, staggering around and hyperactivity are telltale signs that something is wrong.

If the pooch seems comfortable, continue to monitor it. Some dogs are better patients than others. Remove the rest of the candy from the area so that more items can’t be ingested. This accident may turn out to have no drama associated with it.

Protect the family pet around Halloween by placing the candy far away from the dog’s reach. Put it away entirely if the dog is large enough to reach the countertops. A dog daycare expert might advise the family to skip the candy purchase in the first place. The kids can trick or treat with their friends and store the candy away. Leaving any candy out around the home is asking for doggy trouble.

If the family pooch doesn’t respond to commands, teach it at least one directive. A dog training professional might suggest the command called “leave it.” Practice with the pooch so that it understands when to leave something alone.

Pet owners might place a treat down on the floor. The pooch rushes toward it, but the command is immediately present. Through positive reinforcement, the dog learns that leaving the item on the floor will produce a desired reward.

Providing the pooch with a well-rounded training program otherwise can further safeguard the dog from eating candy again. Working with a dog daycare facility that employs in-house trainers is a step in the right direction. Each professional evaluates the animal for its traits and quirks. A training plan evolves from there.

Training the dog to sit, stay and heel makes it easier to deal with on several levels. Trips to the kennel are now uneventful. The dog knows to obey every command, including the leave-it directive that can save lives.

As Halloween descends on Golden, err on the side of caution by keeping Fido indoors. Candies inadvertently dropped in the yard can quickly become a dangerous treat for the household pet. Clean up the property after the festivities so that the pup can roam around once again. Being proactive during the holiday will keep the pet safe and sound. 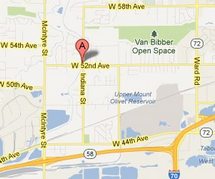